A new citizen of Highstone – can be found on the side of the defenders of Highstone – or at loggerheads with the city watch. The miniature is by Foundry and is ex-Citadel. 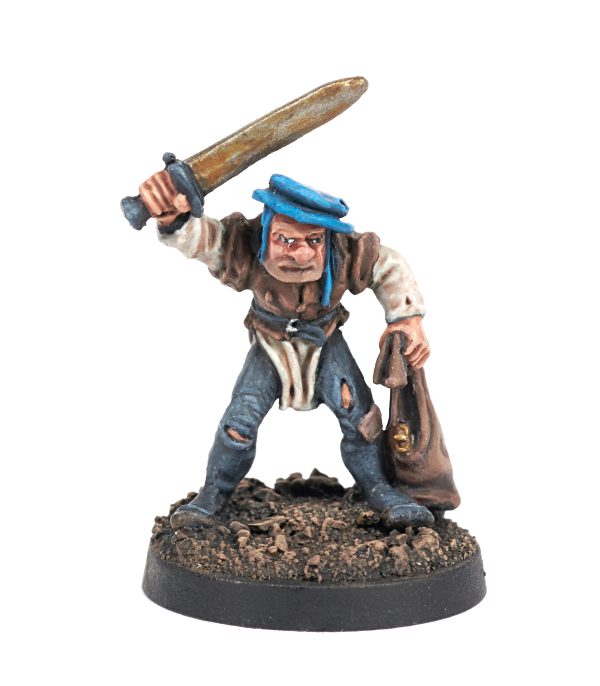 Highstone, like any other town or village, has its share of thieves, villains, pimps and other scum. Tunny Flint is a good example of this. He is in his mid 40s but looks considerably older. He is an opportunistic thief who would sell his own grandmother if he could get a good price for her. Burglary, mugging, fraud… nothing is beneath him. He does however have his uses. He is often released from the lockup and sent to ‘procure’ rare items that are needed by senior members of the high council… or to ‘persuade’ people who have not understood a subtle hint made by a senior councillor. Like all citizens of Highstone able to hold weapon or man the defences, he is also quick to help defend the town against an incursion from the wilds… and, of course, loot the fallen.