Wargames tend to involve powerful armies… mighty weapons…. the stuff of ballads… but does that have to be the case? Well – I decided no! Together with my trusty 6-year-old helper, we set up a gaming table and pitted four village dogs against a wiley wabbit… erm… I mean rabbit, who had been eating wreaking havoc in the village carrot patch.

We used the Advanced Song of Blades and Heroes rules from Ganesha games. The rabbit had Q2,C0 + long move & random direction (custom rule – each full long move was in a random direction). The four dogs (two for me – two for my fearsome helper/opponent) had Q4,C2. We tweaked the rules as we went along. A good idea is to allow your opponent to either use any failed activation rolls as standard reactions for their own dogs or an unlimited amount of reactions (i.e. not limited to one) for the rabbit.

Our fearsome dogs started each from a different corner of the table. The rabbit was sitting in a patch of rough ground in the middle of the table.

As expected, with Q4 and an excited 6-year-old in charge, two of the dogs decided to roll as many dice as possible (difficult to hold in their paws… but hey!) and managed to give the other two dogs (mine) a reaction each. We were all closing on the rabbit. My dogs decided to do the same… because… well… rolling dice is fun… and again, thanks to reactions, all four dogs edged forwards.

Then it was the rabbit’s turn…. three successes, our rabbit darted around in a mad zig zag pattern… edging towards the southerly table edge.

All the dogs gave chase in their turn, but I had the advantage, as the rabbit was closer to my dogs. A spate of failed activation roles, but also some heroic doggedness (cough cough) from one of my dogs resulted in our rabbit being almost…. almost caught in the slavering jaws of death….

Alas, there was to be no rabbit pie that day, with more successful activations rolls, the random movement of the rabbit led it straight off the table edge to freedom….

This time we decided that the dogs would all be hanging out together. Mr Rabbit was back in his patch of rough ground.

A mad chase ensued to get to the rabbit who sat there waiting without a care in the world… and then on his turn, ran straight into one of my opponents dogs…. A fearsome battle commenced… the rabbit had his combat roll doubled… out of action! Quick and cheerful (not for the rabbit) my helper agreed that is was brilliant because he had won.

A great, fun way to play a quick game of ASoBaH… I think next time we will try rounding up escaped circus animals of various sizes. Each animal would need beating in combat to capture, and would have a weight modifer, slowing down the captor by a number of cms… Need to think this through….

Finally some photos of some of our terrain – the river and bridge, which wasn’t part of the action in this game as the rabbit didn’t move in that direction, was crafted with much enthusiasum by my opponent. 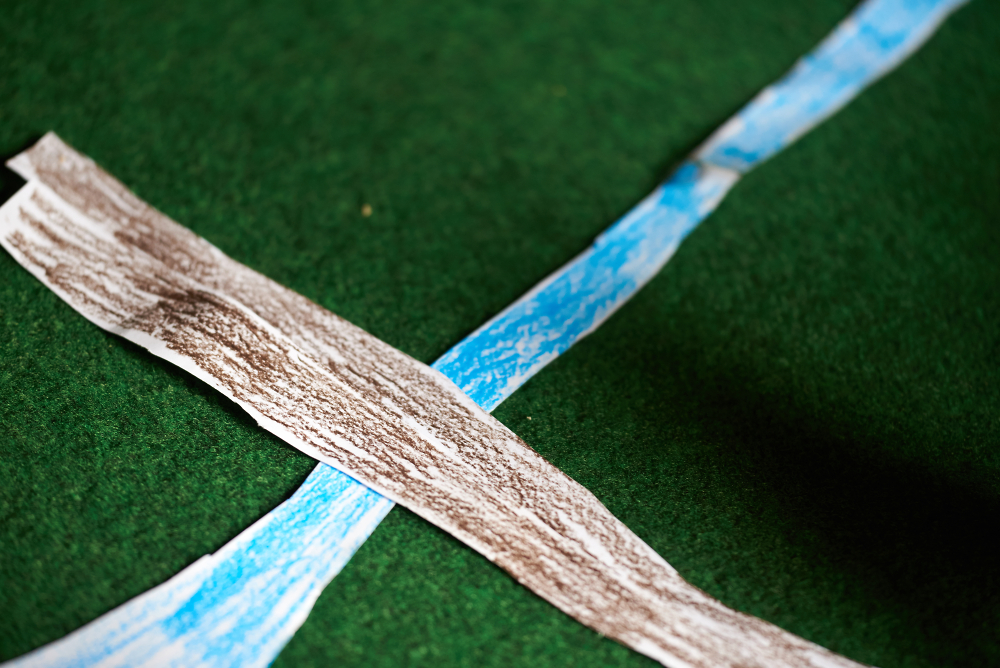 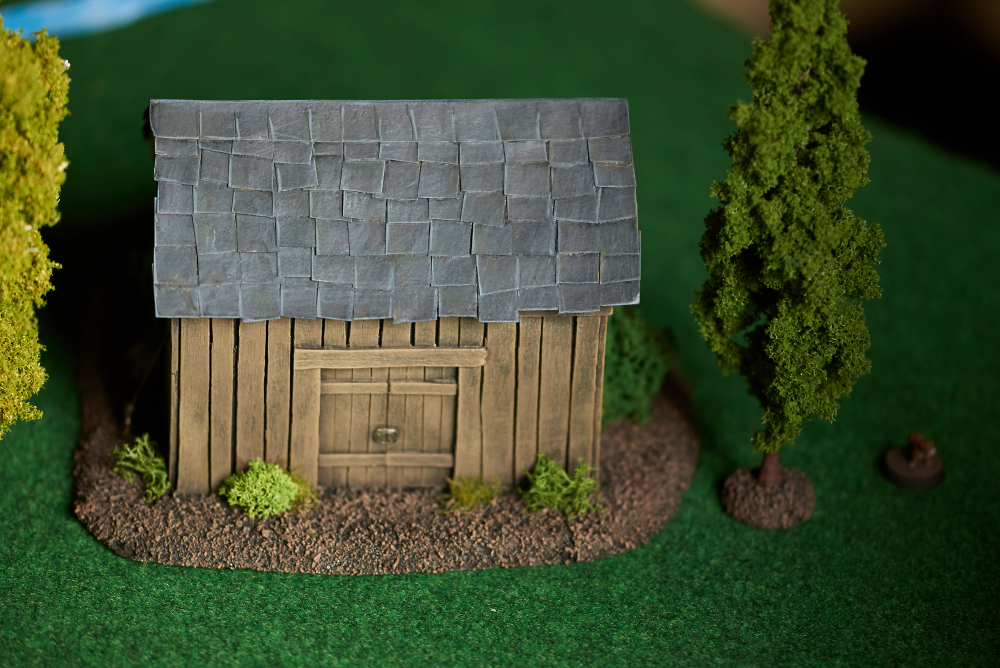